"The idea of telling one of these guys that smoking or drinking to excess was bad for his health was too ridiculously middle class to entertain. It bespoke a supreme ignorance of what their lives were really like - Hobbesian - not to put too fine a point on it. Nasty, brutish and short. The idea that you would try to prolong your grueling, dead-end life, and do it by taking away the few pleasures you had along the way, was just insulting."
~ Norah Vincent, Self-Made Man.

I seriously never use LJ anymore. Should I keep making an effort or abandon it entirely?

Tumblr and Instagram appeal to me much more, because let's face it, I take pictures far more than I write words these days, and writing lyrics fulfills my writing needs. Meanwhile Facebook fulfills my social needs.

LJ, you are the buggy whip of the weblog world.

So, we bought a car!

We financed a pretty little turquoise 2013 Honda Fit. We pick it up in a few days. This is a big life decision for us. Like, the equivalent of having a baby. We got a lot of the fancy fixings, like cruise control, A/C, bluetooth, super warranty, etc. And we don't have to start paying for 90 days! Basically, we pampered ourselves. Happy valentine's / early birthdays / early anniversary to us! 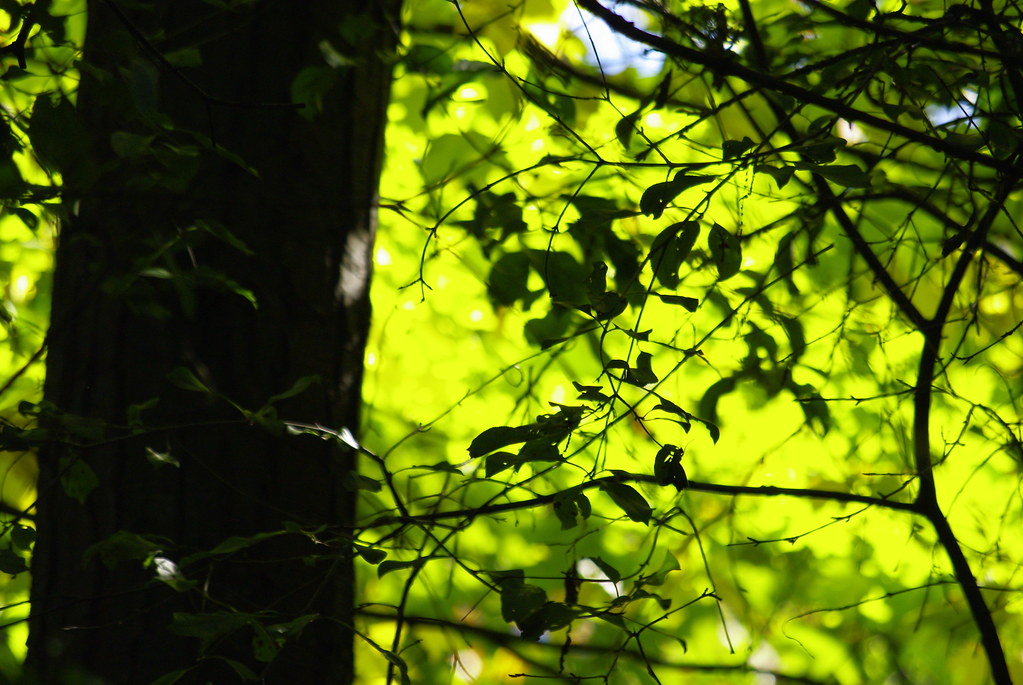 i was just pondering how all the physical, hedonist pleasures that i'm able to enjoy make me feel, well . . . ableist. not in a guilt-complex way, but more just of genuine wonderment. and it gets me thinking about how different the experience would be if there were sensations removed or added. for people that cannot hear or cannot see (for instance), it seems like me more than anything a failing on my part at least equally, for not being able to grasp another means, another sensation, for communicating and interacting with them.

and then, on somewhat of a philosophical layer, what are chances that someone with no sight would understand what it is, just by explanation via some other sense? i really want to understand this. what if everyone else on the planet has nine senses, and i just don't understand those ones i'm "missing", so there is no possible way for anyone to communicate that to me(?) if so, i'm leading a vary different, ignorant life. i probably am. different from everybody else's, but no better or worse in any real defineable way. except, of course, that people get treated differently (read: worse) because of when differences are tangibly sensed by a majority of others. to create a pecking order.

ok, my ponderings are turning sad now, so i'll think more about this later . . .

yeah, i soooooo believe that OKC's parent company, match.com, is hurtin' financially every time i block their tasteless ads. way to be passive aggressive, OKC.

i think that the video treatment here suggests an over-simplified encapsulation of mental health issues, and maybe they just shoulda gone in a totally different direction with it; but i'm really loving this poignant new tune by Frightened Rabbit. it will be difficult to follow up the grandeur of "The Winter of Mixed Drinks", but if the title track is any indication, the "State Hospital" EP is gonna be great. 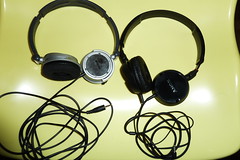 ascent vs. sony, a photo by jacob earl on Flickr.
friends and followers: if you read my posts even semi-regularly, you know that i am DIY engineer and producer, regularly recording my own music and releasing it on the internet. so obviously, i have a vested interest in analysing the relative worth of audio hardware and software. however, realistically, i try not to give it too much thought, because my basic modus operandi is to work within my budget, which has never been huge.

as well, aesthetically, i like to experiment with what i can achieve with minimalist, cheap, and lofi tools. thus, i don't own a large amount of music equipment, and the stuff i do own is mostly entry level or middle of the road at best, and some of it is secondhand.

that said, i'm an (amateur) audiophile, and i appreciate equipment (and software) that works, and works well. i'm sure my fellow audiophiles will agree that a decent (or, at least, not crappy) set of monitor headphones is a vital tool to the self-produced, bedroom recording artist.

keeping all that preamble in mind, i submit to you a comparison review of two sets of headphones that i own; one which i hope to soon return for a store credit. here we go:

both sets are specifically designed and marketed as monitor headphones.

the first set, pictured on the left, are Ascent dynamic digital headphones. that is all that i know about them. they do not have a model number, i can't find them on Google, and i purchased them over 4 years ago at Zellers for about $23 including tax.

the second set, pictured on the right, are Sony MDR-ZX100s. most places online list them for $15-$20. i think i paid $20 or $25 for them at the source, and they were on sale marked down from $30 i think. overpriced. online ratings give them four stars. i give them a generous 1.5 maybe.

believe it or not, the Ascents are better in every way. here's how it breaks down:

SOUND QUALITY
tested both through my old Fisher integrated stereo amp, hooked up to my Tascam soundcard, listening to a new mix i'm working on in Sony Acid. kept volume on the amp around 20-25%. no discernible difference. in fact, if anything, the Ascents sounded brighter at some points, but i am willing to cede that to personal bias, as i have been working with the Ascents for years. in any case, both have a warm but slightly muffled quality, compared to the Panasonic earbuds i use when listening to mp3s on my phone. i suppose both the Ascents and the Sony headphones provide an equally decent enough baseline for listening comparisons when working on mixes.

COMFORT
the Ascents win, hands down. they are pliable, with well-placed hinge points, and fit my head nicely. the padding on the phones is comfy, and is only now starting to show signs of wear and tear after four and a half years. the Sony phones seem tight, press down on my head, are quite rigid (like they may snap if you pull them too far), and the lower positioning of the size-adjustment sliders makes them feel awkward and bulky, despite their diminutive size compared to many monitor phones.

DURABILITY
like i said, the Ascents are only now showing wear and tear after over four years. i only just cracked open the Sony pair, but i've had a similar pair before, and the arm snapped, and the plastic cover over the foam pads (of course) ripped. the Ascents have a material mesh over the ear foams, which has not yet ripped.

VERSATILITY
let's face it, you want to be able to spin monitor phones around when you are doing a mix; this is a key function that i think most engineers and DJs appreciate. the Ascents' earpieces rotate more than 180 degrees. that is impressive, and very useful. in stark contrast, the Sony earpieces rotate maybe 95 degrees if i'm being generous. not a deal breaker on its own, but clumsy and poorly designed.

USABILITY
this is a big one. the Ascents boast a monitor standard 10' cord with a straight, gold-plated 1/8" adapter and accompanying, gold-plated 1/4" converter. the Sony phones have a 49" cord if i'm stretching it taught, with a 90 degree adapter. ugh. when sitting at my computer, my head is four feet away from my amp. i expect mobile headsets to have cords four feet or less; but monitor cords need to be longer.

on another usability note, it took me over a minute to figure out which Sony earphone was left and which was right! there is no L or R on the exterior plate of either phone, and i finally found a tiny, etched R on the inside of the phone arm, on the side that has the little red strip. aaaah, of course, red = R. uhm, that's an accessibility issue, Sony. not cool.

OVERALL
i don't know why i bothered to buy new headphones! my Ascents are working fine, and the Sony phones are sub par. i hope to return them for store credit, and perhaps invest in a higher pricepoint, maybe some sennheisers or m-audio monitor buds. but for now i will continue to mix with the Ascents, and hopefully they will do well enough to help me make good recordings.

argghh i hardly ever write a livejournal entry anymore. here are my top ten favourite albums of 2011:

according to my last.fm fav tracks of the last year, this would be an awesome double mix tape: